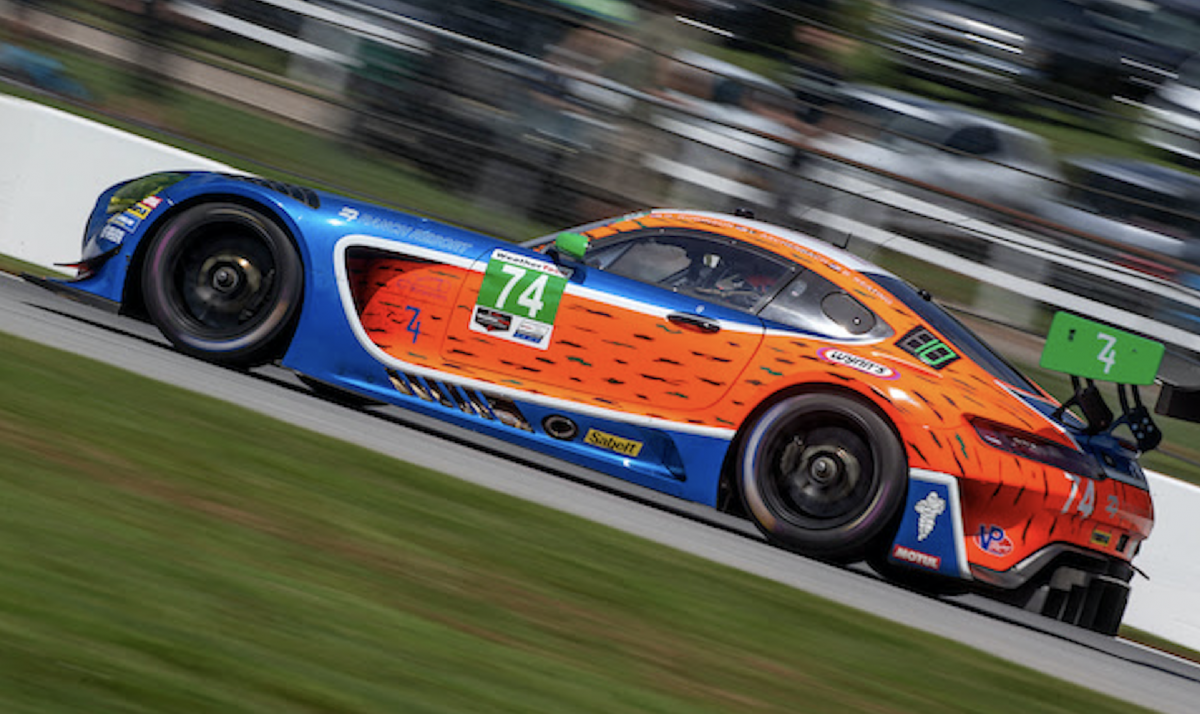 The rapid Road Atlanta return is one of many 2020 schedule changes and adjustments, which IMSA has worked through following the motorsports industry-wide pause and subsequent adaptations for the COVID-19 pandemic. The Labor Day weekend races were replacement rounds of a canceled June event at Watkins Glen International in New York, while this weekend’s Motul Petit Le Mans – traditionally IMSA’s season-ending event – will be followed by two more races this year.

In the first Road Atlanta appearance, Mercedes-AMG Motorsport Customer teams secured top-five finishes in both series, led by a fourth-place GT Daytona (GTD) result in the IMSA WeatherTech Championship race by the No. 74 Riley Motorsports Mercedes-AMG GT3 team. Gar Robinson, Lawson Aschenbach, and Ben Keating co-drove the No. 74 to the fourth-place finish and return this weekend primed for an even better result in the 10-hour Petit Le Mans.

After starting 10th, the No. 74 team steadily moved up the running order, improving and fine-tuning the Mercedes-AMG GT3 throughout September’s six-hour race.

Aschenbach moved up to a race-high fourth place in the closing minutes but time ran out before he had a chance to make a move for the top podium position. He took the No. 74 under the checkered flag in fourth, just 4.576 seconds behind the GTD class winner.

The No. 4 Winward Racing Mercedes-AMG GT4 of Russell Ward and co-driver Indy Dontje finished fifth in September’s Road Atlanta race and is expected to be among the contenders again this weekend.

Dontje, with competition commitments in Europe, is being replaced as Ward’s co-driver in the No. 4 for the next two Michelin Pilot Challenge races by experienced Mercedes-AMG Motorsport driver Nico Bastian.

Ward and Bastian co-drive alongside their Winward Racing teammates Bryce Ward and Alec Udell in the sister No. 57 Winward Racing Mercedes-AMG GT4. Bryce Ward, Russell Ward’s father, joined Dontje for a third-place GS finish in the No. 57 at Road Atlanta in 2018.

The second Murillo entry is the No. 65 Murillo Racing Mercedes-AMG GT4 with the usual driving duo of Tim Probert and Mosing’s brother Brent Mosing.

The No. 35 Riley Motorsports Mercedes-AMG GT4 and team drivers Jim Cox and Dylan Murry return to Road Atlanta this weekend, looking to move into top contention following a September race that saw them and the Murillo No. 65 retire early after an incident. The No. 35 duo brings the momentum of a second-place finish from one race ago at Mid-Ohio.

The final Mercedes-AMG GT4 team competing at Road Atlanta is the returning entry of Anton Dias Perera and co-driver Dan Clarke. After competing only in January’s season-opening race in Daytona this year, Perera and Clarke are back with a new team and car number with the No. 10 LAP Motorsports Mercedes-AMG GT4.

The IMSA WeatherTech SportsCar Championship Petit Le Mans can be seen in live coverage this Saturday, October 17, on the NBC Sports Network (NBCSN) in two segments. Live coverage of the start and majority of the race airs from 12:30 – 6:30 p.m. EDT with NBCSN returning for the finish and post-race coverage from 9:30 – 11 p.m. EDT.

Petit Le Mans coverage in the early evening hours from 6:30 – 9:30 p.m. EDT is available on the NBC Sports App, NBCSports.com and TrackPass on NBC Sports Gold.

Lawson Aschenbach, Driver – No. 74 Riley Motorsports Mercedes-AMG GT3: “I feel we made a great charge toward the end of the six-hour race and that momentum will continue for the Petit Le Mans at Michelin Raceway Road Atlanta. Plus, we gained valuable information on the setup that will translate to this event. The Mercedes-AMG GT3 has great balance at this track and that, coupled with its ability to stay consistent over a long stint, will be very beneficial toward the end of the race. Road Atlanta always brings an element of surprise when it comes to racing on the same track as prototypes and GTLM machinery. Staying out of trouble is half the battle with this being a short and sometimes narrow track.”

Ben Keating, Driver – No. 74 Riley Motorsports Mercedes-AMG GT3: “I am absolutely optimistic we will pick up right where we left off at the end of the six-hour race. Riley Motorsports has been managing a Mercedes-AMG GT3 around Road Atlanta for the past four years. They know how to get it done. Even though we have a new AMG Evo for 2020, we raced here a month ago. So, I expect most teams to be ready to go too. This will be an even more competitive field than usual this year, but the No. 74 Mercedes-AMG GT3 will definitely be right there in the mix. Compared to the other endurance races, the 10-hour race at Road Atlanta is its own animal. Michelin Raceway Road Atlanta creates lots of challenges for both the drivers and for the guys on the pit box calling strategy. A full lap around is only about 81 seconds. For the driver, there aren’t any breaks in the action, and with four different classes on the track at the same time, it is one of the busiest races on the schedule for the driver. A double stint at this race is tougher than a triple stint at most tracks. And for the team, if anything goes wrong, it is so easy to go down a lap at Road Atlanta. The lap is so short that the strategy for when and how to do a pit stop almost always comes into play in a big way. It almost always creates a close finish.”

Dylan Murry, Driver – No. 35 Riley Motorsports Mercedes-AMG GT4: “This is going to be an exciting weekend. We proved our speed last time we were at Road Atlanta. The Balance of Performance (BoP) is a lot different this time with our car forced to carry more weight, and it is going to be very interesting to see what it does to us and the competition. I have my hopes high still. Our Mercedes-AMG GT4 will still be a very competitive machine, and we have proven it in the past. At this stage, there is really no point in conserving for a championship. While we still have to be mindful of our competitors and their efforts for the championship, we are solely focused on race wins now. We are going to give it our all these last three races to make a statement that just because we’re out of the championship lead it doesn’t mean we can’t still win or maybe even dominate a race.”

Nico Bastian, Driver – No. 4 Winward Racing Mercedes-AMG GT4: “I am looking forward to the weekend. It will be the first time I am racing in the U.S. I have been here on holiday in the past, but I have never really raced here. It was on my bucket list and finally I can make it. I am really looking forward to the track as well. I have only heard good things and have also seen some nice onboard clips already. I was part of the driver development team for the Mercedes-AMG GT4. I am driving the Mercedes-AMG GT3 mainly now, so I will have to adapt a bit again, but I know the GT4 car quite well. I met Russell in Asia a couple of years ago when we raced on the same team, but Winward Racing is new to me. I know one German engineer well, but all of the Americans have given me a warm and nice welcome. I feel like I am in the family already.”