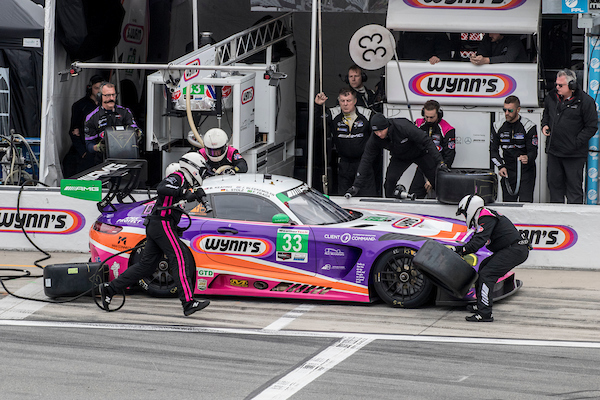 – Rolex 24 At Daytona Michelin Endurance Cup Victory has Wynn’s and No. 33 Mercedes-AMG GT3 Team Primed for More Success in Sebring

SEBRING, Florida (February 14, 2019) – The first official day of IMSA WeatherTech SportsCar Championship competition for the 67th running of the 12 Hours of Sebring is exactly one month from now, and Wynn’s and Mercedes-AMG Team Riley Motorsports will bring some winning momentum from last month’s season-opening Rolex 24 At Daytona in their return to Sebring International Raceway, March 14 – 16.

Wynn’s, the automotive products technology company celebrating its 80th Anniversary in 2019, has entered a partnership with Ben Keating and Mercedes-AMG Team Riley Motorsports for this year’s 50th Anniversary IMSA Season in support of the team’s No. 33 Wynn’s Mercedes-AMG GT3.

The new partnership moved off to a winning start in last month’s Rolex 24 where Keating and his No. 33 co-drivers and teammates were victorious in the opening round of the 2019 IMSA Michelin Endurance Cup.

Keating, full-season co-driver Jeroen Bleekemolen and the No. 33 Mercedes-AMG GT3 team are the two-time and defending Endurance Cup winners, a four-race contest within the overall IMSA WeatherTech Championship awarding the top performers in each year’s long-distance races.

That amounts to 52 grueling hours of racing in the four-round Michelin Endurance Cup season, with the most points available in the 36 hours of combined competition in the year’s first two rounds at Daytona and Sebring. The 14 points the No. 33 team and drivers earned at Daytona give them a two-point edge on the IMSA GT Daytona (GTD) class competition heading into Sebring next month.

Wynn’s also holds a memorable place in IMSA history in the late 1980s and early ’90s when the brand supported Hotchkis Racing and its stable of eye-catching GTP (Grand Touring Prototype) race cars.

The Wynn’s partnership with Mercedes-AMG Team Riley features a special throwback livery that the No. 33 will carry throughout Wynn’s 80th year and 50th Anniversary IMSA Season. The multi-color scheme was run in 1987 by Hotchkis on a Porsche 962 IMSA GTP entry that was co-driven by John Hotchkis, John Hotchkis Jr. and Jim Adams. 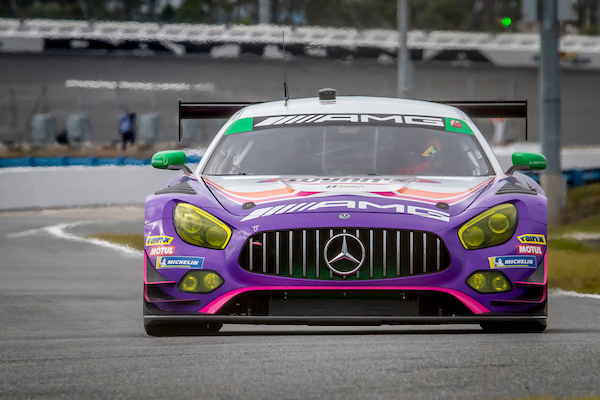 Keating, the all-time IMSA GTD class race winner with 11 career victories, co-drove with Bleekemolen and then teammate Mario Farnbacher to a 2017 Sebring victory in the No. 33 Mercedes-AMG GT3. Last year, Luca Stolz co-drove with Keating and Bleekemolen to a third-place Sebring GTD finish while new-for-2019 endurance-race co-driver Felipe Fraga has been brought in as this year’s Endurance Cup co-driver in the No. 33.

Keating is also the principal owner of the Texas-based Keating Auto Group that will open Mercedes-Benz of College Station in March. More information on Keating’s newest dealership and his racing accomplishments with Mercedes-AMG Motorsport can be found at www.AMGPerformance.com.

“The new partnership with Wynn’s is just awesome in every way,” Keating said. “We are partnering in many new ways in the dealerships. We get to run the most awesome retro-livery in the field, and we have a great partnership with them at the track. Everything seems to be working beautifully. Wynn’s is 80-years-old and IMSA is 50-years-old. It really was the perfect storm.”

After two days of practice and qualifying Thursday and Friday, the 67th running of the 12 Hours of Sebring is scheduled to start Saturday, March 16, at 10:40 a.m. EST. The majority of the race can be seen live in opening coverage on CNBC from 10:30 a.m. to 1 p.m. EST and then on NBC Sports Network from 3:30 p.m. through that evening’s finish and post-race coverage until 11 p.m. EST.